Can a New Jesus Movement Rise From a Pandemic? 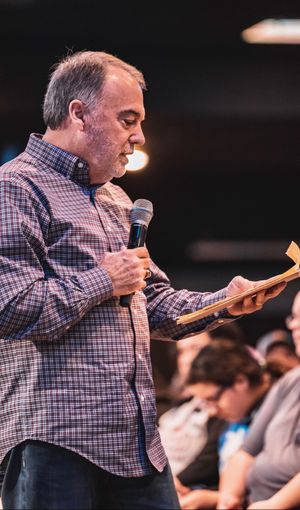 A few years ago, I heard a word in my spirit, “A 2nd JESUS MOVEMENT IS COMING.”  I prayed over this word and talked to friends to discern whether it was from the Lord or just my own desire. I have always embraced a focus on pioneering the new things the Lord is doing today rather than longing for the old manna He gave yesterday. During this time of processing I asked the Lord, “Why do we need another Jesus Movement?”  I remember thinking to myself, “people may think I’m just nostalgic for what many experienced back in the ‘70’s ‘Jesus People Movement.’ Then I heard, “This movement would be different from, yet the same as the first. It will be different than the 1st Jesus movement in that it will be a multi-generational rather than primarily a youth movement.” 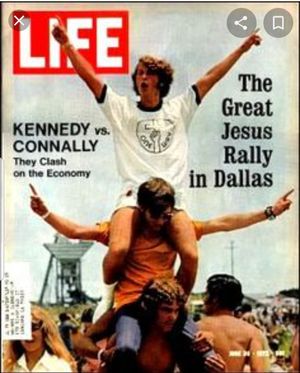 I believe this movement could usher in a spiritual awakening that impacts the world, not just America. At the same time, it must be like the first movement in that the focus remains squarely on Jesus—not personalities, not buildings, not events—just Jesus.

As I have gone from place to place to proclaim this word I have met with encouragement and skepticism—almost in equal proportions. I have asked the Lord to let me see authentic evidence with my own eyes wherever this movement begins to rise. And I have seen a little here, a little there, sort of like the big drops of rain that often show up before a downpour follows.

I believe the coronavirus has served as an accelerant to speed up overdue transformational changes in business, education, government, media, culture, and the Church. Some wring their hands in despair as fear moves in to live with them. Others find faith to search for opportunities within the chaos. One group I call “settlers” have responded by focusing on the overwhelming challenges of holding on to comfort in the way of life they had pre-pandemic. The other group I call “pioneers” embrace opportunities to discover helpful, creative solutions to bring good news of the Kingdom going forward.  Even though the challenges and sacrifices needed are great, I hope to be part of the latter group.  A thought popped into my mind as I am writing this.  When pioneers embrace comfort over contribution, and call it wisdom, they cease being pioneers.  That is when fear replaces faith.

A couple of movements I have been watching are the ‘peaceful’ protest movement breaking out in major cities like New York, Chicago, Portland, Seattle, Los Angeles, etc. This movement has been marked with a sincere call for racial justice. Unfortunately, it seems to be devolving into hate-filled violence, destruction of property, more division, and even murder. Americans have watched this play out on our 24-7 news loops that run everywhere, all the time.  Fear is running rampant in our nation. Christians who have spoken out against these acts of hatred have been painted with the same brush stroke as bigots and racists by newscasters and government officials.  Many Christians have shut down and just kept their mouths shut.  I have been challenged with a verse in which Job asked himself, “Have I feared the crowd or the contempt of the masses, so that I kept quiet and stayed indoors.” (Job 31:34) Another movement I have been watching during the pandemic crisis is a grass roots prayer and worship movement.  Some feel it is a reaction to government-imposed restrictions on worship.  Even those churches who are practicing social distancing and face mask guidelines are under increasing media and government scrutiny. There seems to be evidence that this is the case, especially among west coast believers experiencing more than 100 days of nightly riots in Portland and Seattle. Missionary-worship leader Sean Feucht is getting a lot of attention as his team has gone into these cities in crisis with a theme “from riots to revival.”  Their mode of operation seems to be simply to pray, worship, give opportunities for salvation, and baptise folks when water is available.

Thousands of people are being born again and hundreds are being baptised in the Pacific Ocean, streams, rivers, and city fountains. Their rallying cry echoes Moses’ words in Exodus 8:1:  Then the Lord said to Moses, “Go to pharaoh and say to him, ‘This is what the Lord says: Let my people go, so that they may worship me.”  This prayer and worship movement is attracting support by many Christians. It is also attracting hatred and abuse from the “peaceful” protestors, much of the media, certain city governments, and even from fellow Christians.

One struggle Christians are facing I want to address is the tension between two communications the Apostle Peter teaches.  On the one hand, Peter instructs to “obey the leaders, obey the head leader of your country and all other leaders over you” (1 Peter 2:13-15). In another passage Peter is quoted, “Then they called them in again and commanded them not to speak or teach at all in the name of Jesus.  But Peter and John replied, ‘which is right in God’s eyes: to listen to you, or to him? You be the judges! As for us, we cannot help speaking about what we have seen and heard.’ After further threats they let them go. They could not decide how to punish them, because all the people were praising God for what had happened” (Acts 4:18-21).

For me it is not an either/or, it is a both/and scenario that must be filtered through spiritual discernment. I personally embrace our government’s, common sense guidelines for social distancing and wearing face masks to slow the virus’ spread until we have a vaccine. One struggle I have is that the available medical information and government guidelines keep changing. I am concerned that during this confusing time our freedom of speech, freedom to assemble, and freedom to worship outlined in our constitution could be permanently diminished by powerful forces who have been trying to do just that for a long time.

I am encouraged by the prayer and worship movement I am observing and leaders like Sean Feucht. 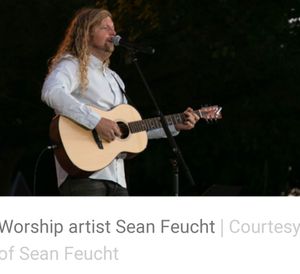 The salvations and baptisms seem genuine. The interviews with Sean on YouTube indicate that he is a real guy with a heart for God.  Pastor friends that know him personally tell me the same.  It also encourages me that Sean has been outspoken about wearing masks and social distancing.  It concerns me that many of the people attending these “riots to revival” events are not practicing common-sense guidelines.  As a pastor for many years I know that not all your words of advice are heeded.  Another thing I know from experience is that it is the devotees of a previous move of God that often become the greatest enemies of a new move of God.  Jesus is up to something new!

One final thought:  The last thing the church needs is for believers to call fellow-believers bigots, racists, stupid, or worse.  I expect this to come from rants on social media from non-believers.  It grieves me to hear those rants coming from fellow believers.  I take comfort in Jesus’ heart for His disciples in His high, priestly prayer in John 17:21-23:  “I pray that they may be one, just as you and I are one—as you are in me, Father, and I am in you.  And may they be in us so that the world will believe you sent me.  I have given them the glory you gave me, so they may be one as we are one.  I am in them and you are in me.  May they experience such perfect unity that the world will know that you sent me and that you love them as much as you love me.”

I believe a new Jesus Movement can rise from this pandemic.  Let’s make room for differences of opinion and disagreements on non-essential beliefs among believers: worship styles, methods of evangelism, etc.  It makes it more difficult to walk together when we are overly dogmatic, angry, or disagreeable in general.  It is vital during stressful times that believers remain unified on the essentials of our faith:  loving God, loving our neighbour, and loving one another.  It might be wise to consider Dr. Stephen Covey’s words going forward, “Seek first to understand, then to be understood.”